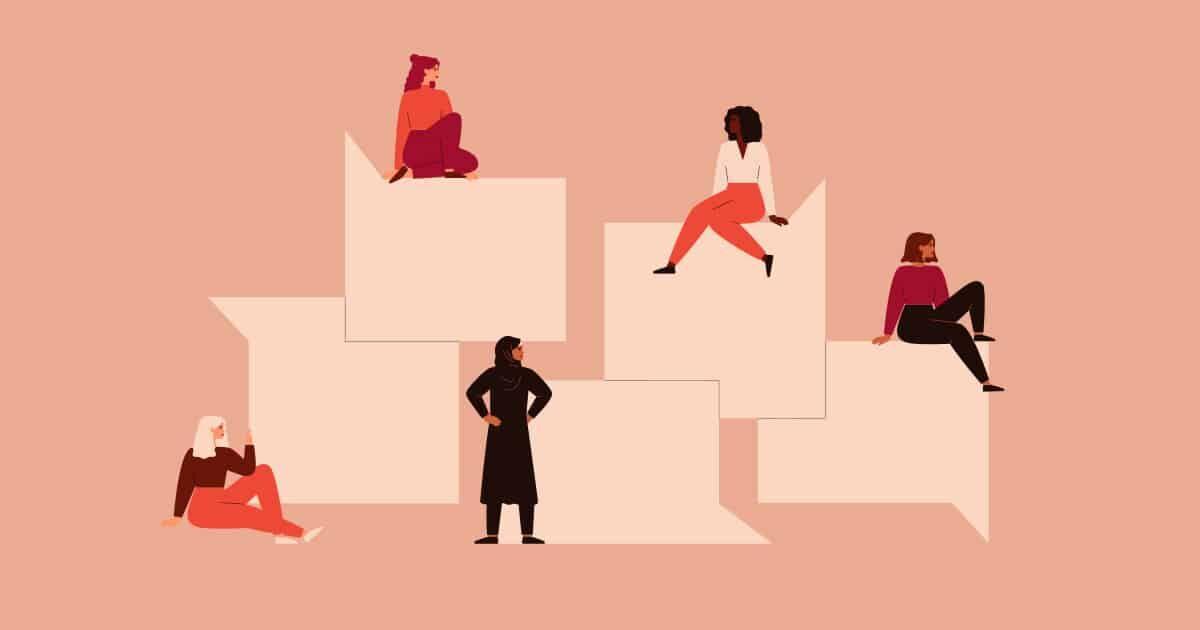 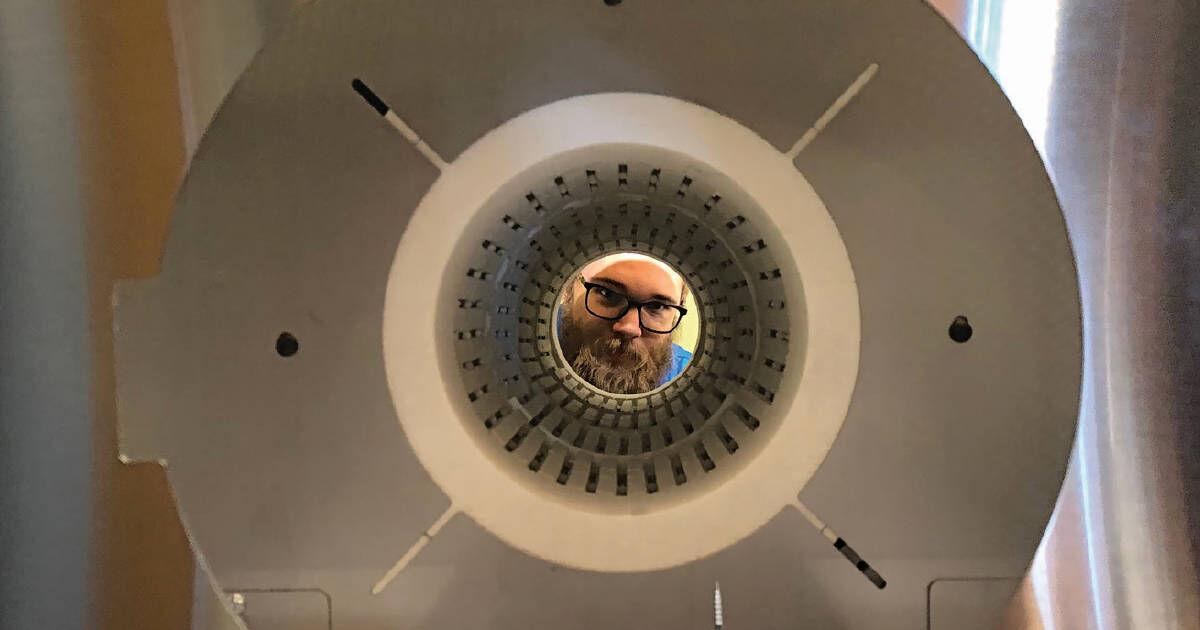 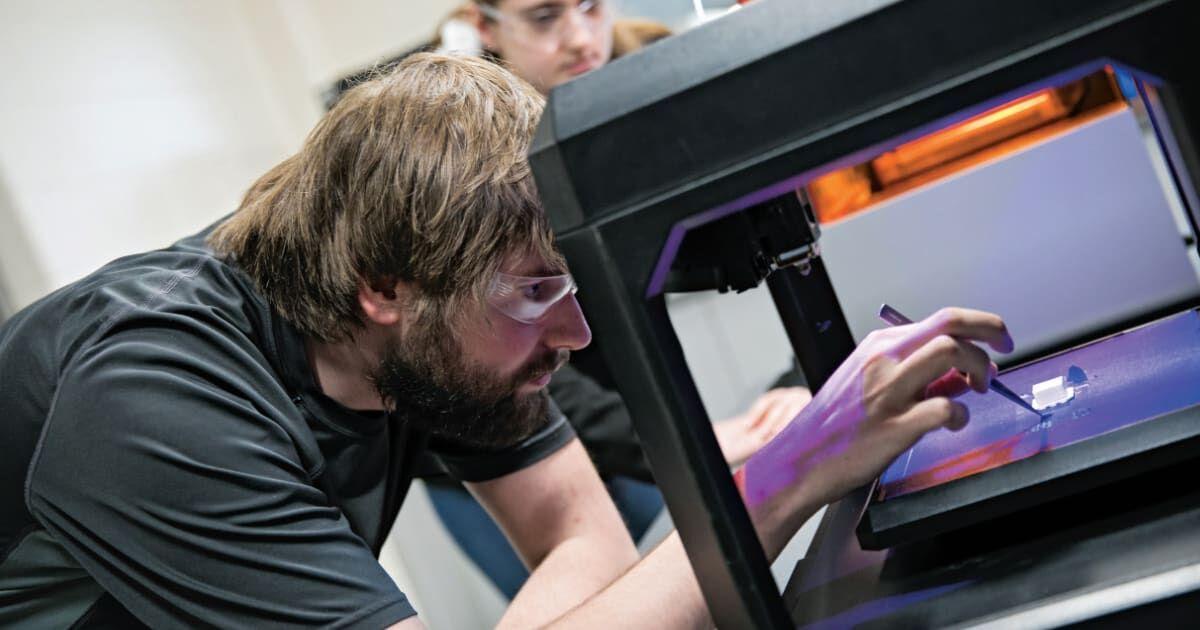 Growing up with a mother who was a manufacturing leader, Nicole Swanton didn’t fully appreciate the example her mom set until Swanton herself began to advance in her manufacturing career.

Swanton’s grandfather, Fred Ziegler, started the family business, Industrial Nameplate, out of his basement in 1960, eventually passing on ownership to his daughter and Swanton’s mother, Lynn Lanser. In December, Swanton became the third-generation president of the Appleton-based manufacturer specializing in custom industrial labels.

Swanton knew from a young age that she wanted to carry on the family company and began working for Industrial Nameplate when she was 17, earning high school credits along the way. After graduating, she continued to work full time while attending Fox Valley Technical College and studying business management and marketing.

As she progressed further in her career, Swanton began to realize how important it was to look to her mother as a strong, caring and capable woman who led a company. “I never knew anything else. I didn’t even realize that it was different for a woman to be doing this,” she says.

In her early 20s, Swanton began networking and building the company — Industrial Nameplate is also the parent company of Top Dog Apparel, a screen printing and embroidery business. She tried to join a business group that was made up of mostly older men, along with a few older women. Ultimately, one man in the group told her she couldn’t join because she didn’t fit in with the group’s other members.

As not just a woman but a young woman leading a manufacturing company, Swanton has learned many lessons as she’s fought for her place, but at the same time, she’s remained resolved. “That was the first (experience of) being a young woman in business that got to me, and then I was, like, on to the next. I’m not going to let that stop me,” she says of that first rejection.

Still in search of a professional group that would meet her needs, Swanton eventually found Women in Manufacturing, a national trade association that had a strong presence in southeast Wisconsin and had recently formed a northern Wisconsin committee. Being a female manufacturing leader can be lonely, and Swanton had finally found her tribe and a place where she could share ideas and struggles with those in similar positions.

The WiM Northern Wisconsin Committee, for which Swanton now serves as vice chair alongside chair Tamera Long of Oshkosh Corp. and treasurer Lisa Horn of CLA, formed in the fall of 2019 and had its first event planned for April 2020 — soon after the pandemic hit.

“It was, like, take the air out of the balloon,” says Long, who serves as senior director of strategic sourcing for Oshkosh Corp.

Though the timing was a setback that led a lot of people to drop out of the group, Long says she’s excited to get the committee back on track. As someone who has spent more than 15 years in and out of manufacturing roles, Long sees a great need for the support and services WiM provides to women at all levels of manufacturing, from students to shop floor workers to leaders.

Women make up only around 29 percent of the manufacturing workforce, and the higher Long progressed on the career ladder — at that time she was working for Pierce Manufacturing — the fewer women leaders there were. It was that situation, in part, that led Long to feel burned out, and she ultimately decided to step away from the workforce for six years to take some time for her family.

Eventually, Long returned to Oshkosh Corp., where she says the company’s people-first culture and willingness to accommodate flexible schedules and solutions such as job sharing have brought positive changes. The field was still male-dominated, but Oshkosh Corp. was adding more women leaders, including its chief procurement officer, Tina Schoner.

Throughout her years in manufacturing, Long says she’s seen some progress but not enough. Now that she’s fought many of the battles, Long wants to help other women.

“I’ve had this personal need, and now it’s going to be something much bigger as we go forward, and the WiM platform is definitely a vehicle to make that happen,” she says.

WiM offers “an advocacy or a platform for women to be able to maneuver within organizations,” Long says. It also gives women the opportunity to better themselves through educational resources, personal and professional development training platforms, and an annual summit.

CLA, which provides many services to the manufacturing industry, is involved with WiM chapters throughout the country. Horn, who serves as director of consulting, manufacturing and distribution for CLA, says she connected with the organization’s mission of supporting, promoting and inspiring women in manufacturing.

“This is just such a wonderful platform to be a part of because the minute you join Women in Manufacturing, people wrap their arms around you and there are so many opportunities to do those three words: support, promote and inspire,” she says.

WiM, which is headquartered in Cleveland, Ohio, also has a large reach, with over 130 corporate members and a presence in 44 states. For the past several years, CLA has supported WiM’s annual summit, which will be held in Cleveland in October as well as offered virtually.

Horn, who worked for a global manufacturer for several years before coming to CLA, has witnessed the need for support for women in manufacturing both from that experience and in CLA’s work with many manufacturing and distribution partners. CLA’s relationship with WiM allows the professional services firm to share WiM’s resources with clients, she says.

While the WiM Northern Wisconsin Committee hit a roadblock in launching, its three leaders are excited to get back to building up the group. They hope to increase awareness, attract new members and add a fourth board member. WiM isn’t just for women, Horn adds. It’s for anyone, including men, who has a vested interest in promoting women in manufacturing.

“We are very committed to supporting women in manufacturing, and this has been a huge opportunity for us to also build leadership or be part of a board and strengthen our leadership skills working with other businesses and industries,” Horn says.