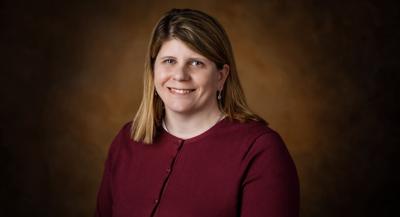 I’ve heard talk about Bitcoin for a year, and I’ll admit I didn’t really pay much attention to it. But in early September, El Salvador became the first country in the world to name Bitcoin as a form of currency. The market revolted, and I decided it was time to learn more about the topic.

I reached out to Dan Heiser, dean of the Schneider School of Business & Economics at St. Norbert College, to get his perspective on the cryptocurrency market. “There’s a lot of people excited about it, but I’m the contrarian when it comes to talking about Bitcoin,” he says. “At its core, it masks where money is going and no government has control over it.”

Bitcoin is a digital currency, which means you can’t hold it in your hand like a paper dollar bill, a coin or a precious metal like gold. Bitcoin can be exchanged for other currencies, services or products, but its actual value remains volatile, as the market determines what each bitcoin is worth.

Without a government supervising the currency, the transactions are managed by a decentralized network of bitcoin users. The transactions are accounted for openly in a public ledger that anyone can examine, and new bitcoins are created as a reward to people for helping to manage the large, computerized ledger. The number of bitcoins is limited, with the thinking that over time, their scarcity will increase their value.

Aside from cryptocurrencies, all other world currencies are backed by something tangible. “Bitcoin only has value if someone else thinks it has value,” Heiser says. “Cryptocurrency will last as long as there is a greater fool to buy it. There’s no one to step in to save it if its value falls through the floor.”

Heiser says Bitcoin also appeals to people who don’t want their transactions tracked. “For example, it’s used in paying ransom after a hacker locks a company out of its data. There’s no real way to trace who has it,” he says, adding the real name(s) of Bitcoin’s founder is unknown.

Another potential negative is the amount of electricity it takes to run the large supercomputers set up by miners, people who are looking to confirm as many transactions as possible to earn additional bitcoin. “Its carbon footprint is larger than some countries’,” Heiser says.

As for what’s happening in El Salvador, residents were given $30 worth of free bitcoin they can access via an app on an identifiable device. Many Salvadorans took their bitcoin and traded it in for dollars, showing they — like Heiser — have little faith in the digital currency.