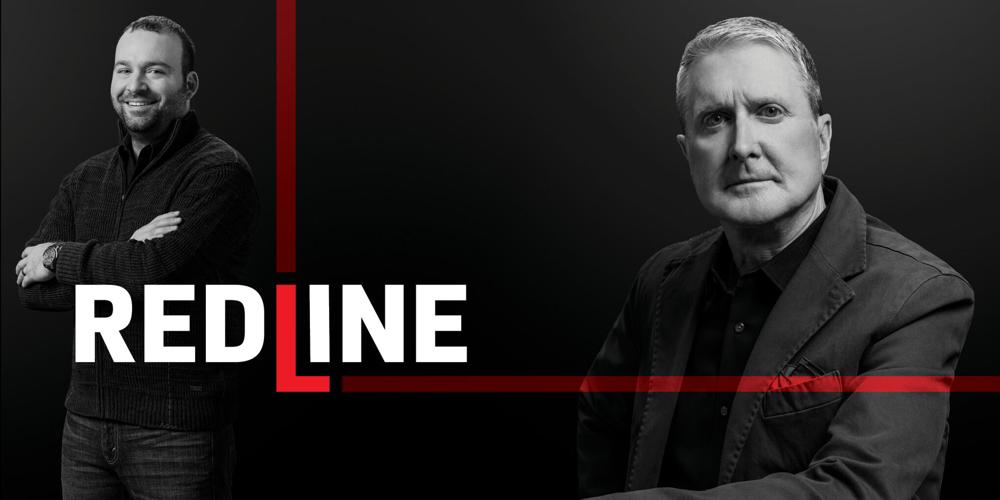 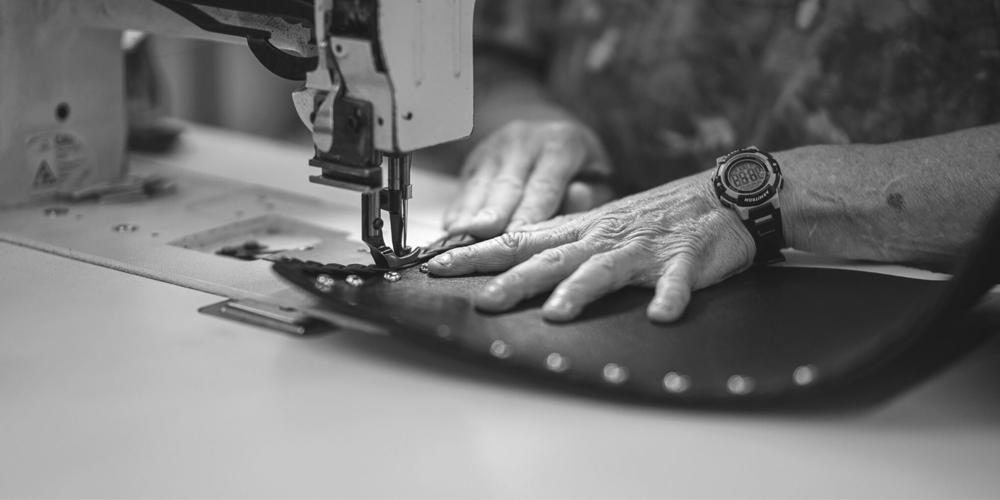 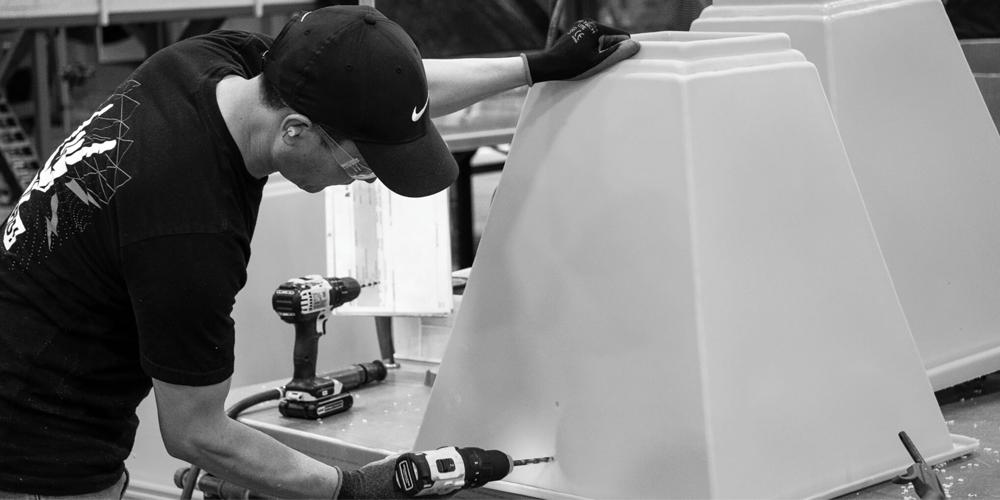 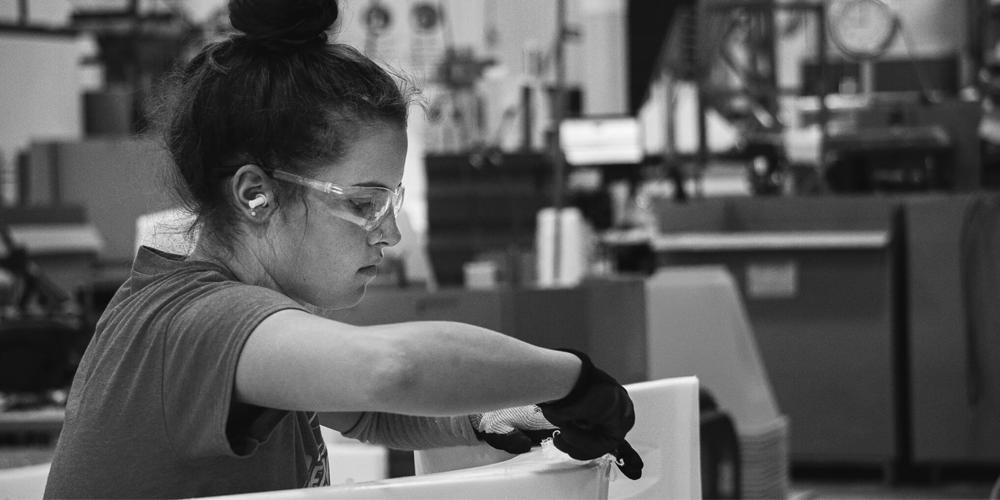 In the future, Redline Plastics would like to see its workforce increase from 175 workers to around 400.

Nearly every business crafts mission, vision, values statements with the best of intentions. But while the goal might be to create a guiding vision for the organization, the resulting creation often feels perfunctory or ornamental — a couple of sentences written and rarely revisited.

As Redline Plastics leaders pondered creating their company’s mission, vision and values, they decided to try something different — and bold. While typically a group of executives might come together to determine the content,  company leaders Chuck Webster and Nick Murray invited the marketing team to share its input. The idea developed after Murray attended a seminar that advocated for creating guiding behaviors instead of mission statements.

“After I took a lot of time to develop the concepts and behaviors I thought would stick and instill excellence in the organization, and after discussing the strategy and end goal with Chuck, I met with the leadership team here at Redline who offered great input and, in the end, marketing was charged with making it catchy, encompassing and sticky,” says Murray, who serves as Redline’s vice president of operations.

“Marketing is typically not used to its full potential in creating messages that resonate as strongly internally as they do externally,” says Webster, Redline’s president and CEO, adding that the typical process of crafting these statements ends with “a mission, vision and values that no one can relate to, understand or know how to apply in their daily work lives.”

After working through the creative process, the team implemented a set of 14 cultural behaviors. The end product — created with the help of Redfish Collective in Green Bay and illustrated with a red, black and white graphic that adorns a wall at Redline headquarters — is eye-catching and even a little subversive.

Titled “How we Redline,” the cultural behaviors are designed to communicate in a way that’s more fun and memorable. For example, “safety first” became “Don’t die. Please. We stand firmly against any actions that would cause harm to our employees, customers or the environment,” says Jason Scruggs, director of marketing. Other directives include “Don’t be a jackass” and “The only ‘I’ in team is hidden in the a-hole.”

“Everybody says, ‘Be a team player.’ How do you make it stand out?” says Scruggs, adding that the inspiration for the cultural behaviors came from a company in Australia that had done something similar.

The gamble, which was aimed in part at speaking to the Redline team’s blue-collar work ethic, has paid off. People who pass through the office, whether they’re customers, suppliers or interviewees, regularly take photos of the graphic.

“We had one prospective customer who visited recently and said when he saw the culture wall, he knew he was in the right place and could speak freely. Our objective is to break the mold of how manufacturing companies typically operate and be a leader in creating a work environment people actually want to work in,” Murray says.

While creating “How we Redline” was fun, attracting talent to the expanding company is serious business. Since the beginning of last year, it has more than doubled its workforce to 175 employees, with hopes of someday having a team of 300 to 400 workers across three shifts.

To accommodate the larger workforce and increasing business, Redline recently completed a 103,000-square-foot expansion at its facilities, which came on the heels of completing a new 117,500-square-foot headquarters two years ago. While it wasn’t in the plan to add on so soon, Webster says the move was necessary to keep up with demand.

“This new facility brought a whole new level of growth brought on by the highly skilled and technical team we have been able to form, which we could not have anticipated, and which led us to speed up the expansion plans that started about six months after we moved in,” he says.

A century of evolution

Redline’s origins date back to 1922, when Dow Canvas was founded in Manitowoc. When Webster’s father purchased the business in 1975, it was a small regional manufacturer of awnings, boat covers and textile products. At the time, the company employed 14 workers and brought in about $500,000 in annual revenue.

The younger Webster grew up in Two Rivers and attended the University of Wisconsin-Madison, majoring in accounting and finance. He left school just shy of graduating to join his father in the business and learn from the company’s former owner and operator, Donald Dow.

Webster began on the shop floor sewing tarps and then installing awnings and tents. From there, he worked his way into the office, taking on purchasing and then sales roles. Soon, Webster began operating the business alongside his brother-in-law, and the company honed its focus on two markets: powersports and marine.

Throughout the mid-1980s, Webster pursued opportunities to make motorcycle covers and leather saddlebags for motorcycle manufacturers, as well as securing work with boat companies to make custom-fit boat covers. The effort paid off when the business landed work with companies including Harley-Davidson, Tracker Marine Group and Lowe Boats.

“These relationships have endured over the years and remain a strong part of the business,” Webster says.

In 1988, Webster and his brother-in-law split the business, and Webster kept running and growing the Dow Canvas business. The company moved into a larger facility to accommodate its contract sewing business, along with making its own line of motorcycle, boat and snowmobile covers. In 1996, the company changed its name to Dowco to reflect its shift toward working with a greater variety of materials.

Seeing that the marine market had turned hot, Webster decided in 2018 to sell off the marine side of the business, which included boat cover and seating upholstering, to a publicly traded company. The sale included five manufacturing facilities and the Dowco, Inc. and Dowco Marine names. Webster retained ownership of the powersports and plastics divisions, renamed the company Redline Plastics and pursued construction of the new facility, which opened in 2019.

Redline worked with the City of Manitowoc to receive tax increment financing for the new headquarters and secure land in the city’s industrial park. Mayor Justin Nickels says for a long time, Manitowoc was a “two-horse town” with Mirro Aluminum Co. and The Manitowoc Co. employing many people. When the former closed in 2003 and the latter relocated operations in 2018, it left a void that Redline has helped fill.

“Diversifying the economy was (a huge part of) us wanting to make sure that we keep Redline here,” he says. “These places that are hiring 100-plus employees are critical to Manitowoc because manufacturing is our bread and butter, and we’ve got the skilled workforce.”

Murray joined Dowco Marine running the marine plant in Little Falls, Minn., and aiding in the onboarding of Premier Plastics when it was purchased. He graduated from St. John’s University in Minnesota with a biology degree and psychology minor and planned to pursue a career in a medical field before switching his focus to manufacturing.

He began his career working in the poultry industry and later earned a Master of Business Administration degree from The College of St. Scholastica in Minnesota, before joining the Dowco Marine Team and then transitioning to Manitowoc in 2017 when the plastics division relocated. Today, Murray says his goal as he leads operations is to “break down walls and silos” and to inspire creativity and problem-solving within his team.

“I am thankful to have been exposed to significant opportunities, challenges and projects and to have an owner who has put as much faith in me as he has, which really has accelerated my personal growth and development in the early stages of my career,” he says.

Redline is seeing tremendous advancement within its plastics business, which has grown by a factor of about 10 in the past three years and anticipates that increasing to a factor of 14 by the end of 2022. The success has driven the company’s expansion projects and revenue growth. A couple of years ago, the business was seeing $1.6 million in annual top-line sales, and today it expects to achieve that figure each month, Murray says.

The newly completed expansion helps meet the continued demand for Redline’s products and services. It includes two new rotational molding machines, with the space to add three more, as well as increased raw materials and finished goods storage. Business is growing at such a clip that Murray says the company must be forward-thinking.

“Where a lot of businesses wait to justify capital expenditure (until) after they get the business, it’s really nice to have a machine or two to show people coming through so they have the confidence that we can take on their business and expand with them immediately,” he says.

Webster says meeting customers’ needs has proven to be a winning formula for Redline. The company works closely with its partners to provide the technical expertise to bring projects to life. Its diversity of manufacturing processes — including rotational molding, cut and sew, vacuum forming, fiberglass-reinforced plastics, and CNC line and bending capabilities — also set it apart.

Within its B2B market, Redline can take a customer’s product, build it and ship it to the company’s end user without the customer even needing to see it. The manufacturer serves as a supplier of OEM products to companies including Harley-Davidson, Pentair, Kawasaki and 3M.

Redline also enjoys worldwide distribution of its aftermarket powersports products, including Dowco motorcycle, ATV and UTV covers and Willie & Max leather and vinyl saddlebags and luggage, as well as its comprehensive line of roofs and windshields for side-by-sides.

Of course, Redline’s success doesn’t come without challenges. Like many other manufacturers, it’s experiencing supply chain and hiring difficulties. In the case of the former, it’s seeing containers of needed goods stuck at ports and railyards while the company amasses charges for goods sitting in storage.

When it comes to purchasing new machines, the company must plan farther in advance. Where it used to see a 26-week lead time for ordering a new machine, that’s stretched to more than 40 weeks.

Hiring, however, has been the biggest challenge. Because the company is growing, Murray says, it’s looking to hire many workers simultaneously, which means it also must invest time in training new employees to achieve proficiency in their roles. Recruiting people to work third shift is also challenging.

Eventually, Redline would like to add a weekend shift to the three shifts it now offers Monday through Thursday. Doing so would allow for more flexible and part-time work, Webster says, as many workers face employment barriers such as access to child care.

On the marketing side, Scruggs says the company maintains an active social media presence and is working on increasing Redline’s visibility in the Manitowoc and Sheboygan areas. “A lot of people in the Manitowoc area don’t know who or what we are,” he says.

As Redline continues to navigate its growth and challenges, Murray says he’s taking an expansive view. “As we get bigger, I need to get to a more macro view versus the micro,” he says. “I love the quote, ‘Don’t let perfection get in the way of greatness.’”

Webster sees his role as imparter of wisdom: “I strive to be a leader whose main role is to teach our team from the many lessons I have learned over the past 47 years in business. I feel as though I have done everything wrong at least twice, so if I can save our people from making the same mistakes, I am doing my job.”

What it does: Provider of plastics rotational molding and vacuum forming as well as industrial contract sewing services. Industries served include powersports, construction equipment, amusement and marine.

Of note: Redline was named to the Plastic News “Best Places to Work” list for 2021. In the survey, Redline’s employees cited the people they work with as the best part of working for the business.